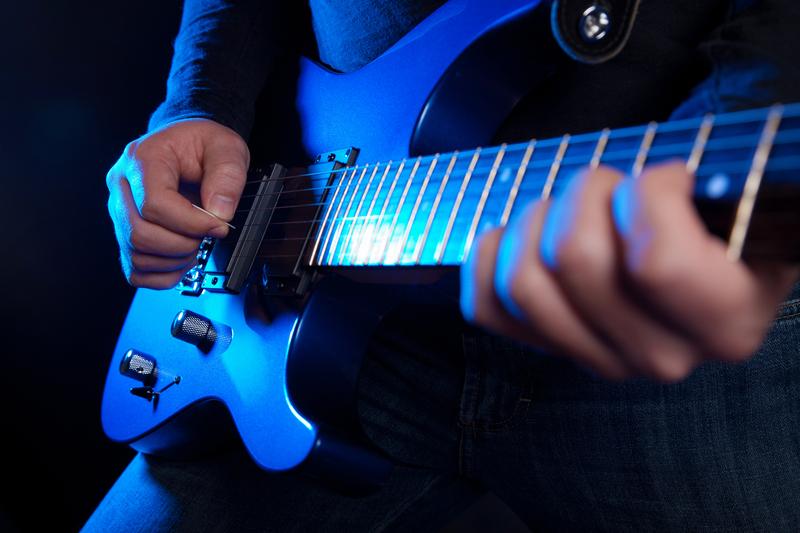 Dive in and master the major pentatonic scale

What is a Pentatonic Scale?

Though it enjoys wide modern appeal, the pentatonic scale is a very ancient musical concept. In terms of scope of application, you’ll find this popular scale in diverse forms of music including blues, rock n roll, country, classical, and jazz, among others.

The word Penta means five while tonic is derived from tone, so a pentatonic scale is a five-note scale. All the notes in this scale emanate from the major and minor scales. In the major scale, these five degrees include 1, 2, 3, 5, and 6 as well as 1, 3, 4, 5, and 7 in the minor scale.

The major scale is considered by many as the most important scale in music. It is the cornerstone of nearly all forms of Western music. It is a scale is a diatonic scale, meaning that it has seven notes. It also has five intervals of a tone and a couple of semitone intervals.

In musical notation, an interval is a space or distance between a couple of notes or pitches. There are different kinds of intervals, e.g., whole steps (W) and half-steps (H). A whole step may also be referred to as major 2nd or whole tone while a half step is often known as minor 2nd or semitone.

The Major Scale Pattern or Formula

From the above illustrations, it can be seen that only the intervals between the third and fourth notes and the seventh and eighth notes are half steps while the majority of the intervals are whole steps.

The Notes Of The Major Scale

If you wish to identify the notes of any major scale, all you need to do is to utilize the scale’s formula. For instance, a G major scale will start with the letter G (known as the root note) as follows: G, A, B, C, D, E, F#. This formula is made up of one sharp (F#) while the others are six natural notes.

Note that a scale’s root note is nothing but the first degree of that scale. So the root note of the G major note is the note G.

Degrees and Names of the Notes in a Major Scale

The degrees are the numbers assigned to each note in the scale. There are a number of reasons it is important to identify the degrees of a major scale. For instance, such knowledge enables you to determine how the scale relates with other scales as well as how its notes relate with each other.

Here are the degrees and names of the scale.

Just like the major scales, minor scales are also not new and enjoy significant popularity in the music world. They are applied to generate melodies, chord progressions, and riffs, among others. There are three kinds of minor scales:

The natural minor scale is conceptually identical to the major scale because it also has seven notes which makes it a diatonic scale. It can be repeated either above or below the octave note just like the major scale. However, the step patterns between minor scale notes (especially the third and seventh notes) are slightly different. Note that the natural scale is so called because it occurs naturally without any changed scale degrees or added accidentals.

Below are the step pattern associated with the various minor scale degrees:

The scale ends with a whole step to connect again the root, this time a higher octave than previously.

Notes in a Minor Scale

Degrees in a Minor Scale

Relative minor/relative major is a musical principle that links the major and minor key centers. Each major key is associated with a corresponding relative minor key and vice versa. However, identifying a particular minor scale that corresponds to a major scale requires knowledge of root notes.

Apart from the relative characteristic, major and minor scales can also be parallel.

Unlike the major scale which has both autonomous whole and half steps, the major pentatonic scale has no autonomous half steps. Rather, its half steps are attached to whole steps as shown in the illustration above.

Hence, the formula for the major pentatonic scale is:

One advantage of the above step pattern is the production of sounds that are unique and airy.

This difference explains why both scales do not sound exactly the same. Both the minor scale and the minor pentatonic version have a relative major pentatonic scale.

The expression below shows that the formula for this scale is W+H, W, W, W+H, W.

Though both scales have five degrees each, a number of differences exist between them. Their main difference is that the former is derived from the major diatonic scale while the latter originates from the natural minor scale.

It is often said that practice makes perfect, so continuous practice under expert cost-effective tutelage is very essential if you want to be good in the G major pentatonic scale, no matter your preferred mode of study.

How Do You Play a Major Pentatonic Scale? (The 3 Frets Down Rule)

One question that may arise from the 3 fret down idea is why bother to master the major pentatonic scale since someone who has mastery of the minor pentatonic scale can easily adapt to it. Well, the 3 fret down principle may be simple to apply but you need to understand that even though the fretboard pattern is similar, the location of the root notes differs in both scales.

For instance, in the A minor pentatonic, the root note is A which is the base and emphasis when playing. Same goes for the C major pentatonic where the root note and emphasis is C. Therefore, because of these varying characteristics, it is essential to have a strong comprehension of the roots in order to create sounds proficiently from each scale.

Why Should You Use the Major Pentatonic Scale?

But this is a wrong impression because the major pentatonic scale is one scale every serious aspiring guitarist MUST master. No matter how difficult you find the scale, learning it adds a brand new and very valuable dimension to your guitar-playing skillset that leaves you better off than the monotony of just being a minor pentatonic scale expert.

In a nutshell, when you master the major pentatonic scale, you add the happy and enthusiastic feel associated with it to the sad and melancholic feel of the minor pentatonic scale to your portfolio of guitar skills.