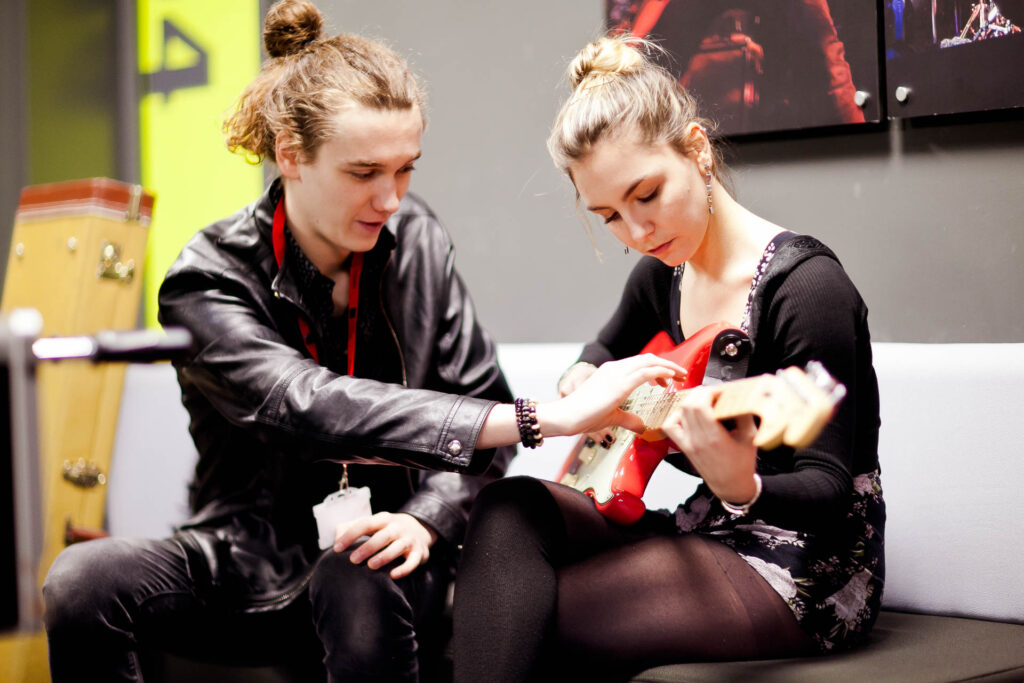 How to Calculate Your Songwriting Splits

From copyright cases such as the latest wrangles facing Ed Sheeran to Lauryn Hill and the legal settlement she had to reach with musicians who claimed they were denied any credits for their contribution to the ‘The Miseducation of Lauryn Hill’, there are plenty of stories about creative disputes.

The thread uniting them is how these fall outs often take up a huge amount of time, are expensive and prevent all involved from focusing on what they might be better off doing – performing and making amazing new music.

Here, we look at the best ways to avoid arguments around the songwriting process to keep you and your collaborators focused on the music and out of trouble…

Understand the two different copyright types in a song

First of all, all songwriters should familiarise themselves with the two different kinds of copyright in a piece of music.

This latter right is split between the songwriters and their publishers.

The split is the percentage each one receives – and this should always be agreed between all parties before the record is released.

Get to know the Copyright, Designs and Patents Act

Under the Copyright, Designs and Patents Act (CDPA), a song will usually comprise of two separate elements:

The work’s author is the first owner of any copyright in it (except in the case that it is made by an employee in the course of employment). A work is deemed to be jointly-authored when it is the result of a collaboration between two authors without any distinction between their contributions.

You can find out more about this via PRS for Music’s website.

As hard as it might sound to bring money into the creative conversation, it is sensible to have this chat about splits before you put pen to paper in a songwriting session.

This way, everyone is totally clear about what their percentage will be from anything that comes out of a recording. If you’re organised, then try and do this before you even enter the studio. This way you can write unhindered by any awkward conversations.

In the past it was perhaps easier to assign different parts to each contributor to a song. But in 2022, the roles of producer, writer and artist are increasingly blurred, thanks in part to the many opportunities created by innovative new technologies.

In the world of hip hop or dance music, distinguishing between each role is tough. If a track features more than one producer or writer, then you need to clarify everyone’s split, then their percentage due.

Remember – the contributions of authors can be different

The stature of a particular songwriter or producer can sometimes impact the amount of percentage they receive from a songwriting split. For example, a high profile writer may insist that their percentage is greater due to the commercial clout their name can give to the release of a track. Infamously, Elvis Presley often received 50% of songwriting credits simply for singing on songs he never wrote.

As difficult as this may sound, new writers sometimes need to think pragmatically about their share as having 50 percent of something is better than having 100 percent of nothing. And in certain situations, If a new writer gets to co-write with a well-known performer it can also help open doors and build that new writer’s profile.

There are plenty of factors to consider surrounding the use of a piece of music. For example, who controls the use of the songs (for example, do all co-writers need to agree to the grant of a sync licence?). Which writer or publisher will be responsible for registering their music with PRS for Music? Elsewhere, you also need to decide who receives income from the exploitation of songs and how any liabilities are managed.

Contracts with publishers can also have an impact on any songwriting agreements. For example, if there are any songwriters who have signed an exclusive publishing contract, then in the majority of cases their ownership in the songs will go straight to the publisher.

For the other writers, they should check if the existence of these contracts means that any co-written songs can be used as intended.

As complicated as some of this sounds, the most important takeaway for songwriters here is to be transparent and open to discussing the splits early on in the process. It’s always harder to go and revisit an agreement – and even more so if a piece of music becomes successful. So try and get the splits sorted before you start writing

Learn as much as you can about the music business

The music industry is one of the most competitive industries in the world. To get a leg up, try to learn as much as you can about the business, it really will stand you in good stead so you’re not going into things blind.