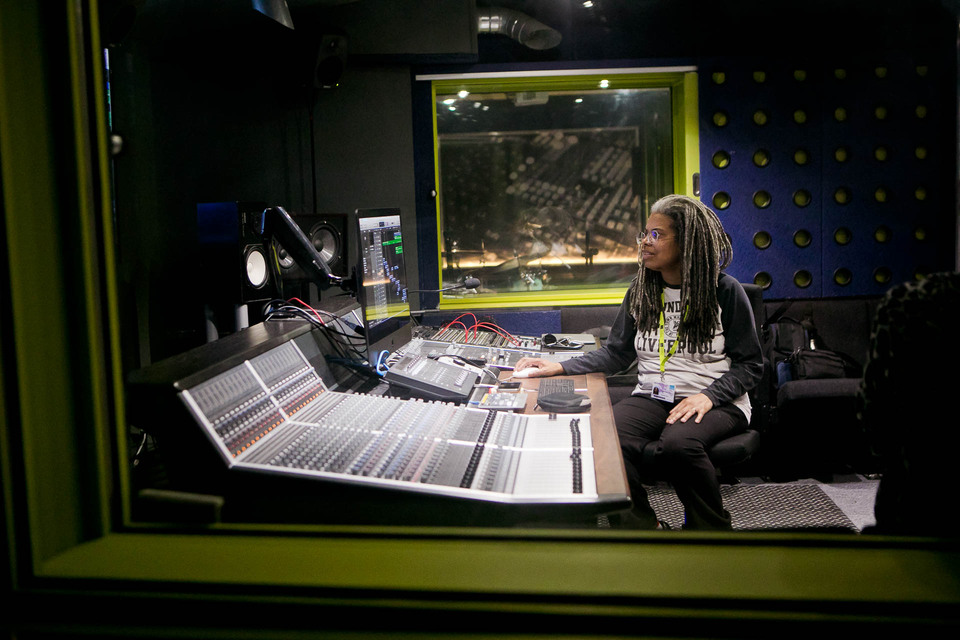 This is certainly supported by various industry stats. An analysis of the Top 100 UK radio airplay chart in 2020 revealed that women made up only three percent of music producers credited on tracks by British artists.

In the US, recent research found that women make up approximately 20 percent of all musical artists while only two percent of women in music are actually producers.

However, figures from the Music Producers Guild (MPG) suggest a change is beginning to take place. Not only is the organisation’s board now majority-female but there has also been a steady increase in female members – from six percent in 2018 to 13 percent in 2019. As it looks like the gender imbalance is tipping in the right direction, we profile some of our favourite female music producers…

Over the last decade, Catherine Marks has built herself a reputation as one of guitar music’s go to producers.

Cutting her teeth at Flood and Moulder’s legendary Assault and Battery studio in London, she’s worked with everyone from Wolf Alice to the likes of PJ Harvey and long-standing friend of ICMP, Frank Turner. Her achievements have not gone unnoticed by the wider industry. In 2018, she became the first woman to win the prestigious MPG award for Producer Of The Year. In 2019 she won big at the GRAMMYs for her work as a mixer when St. Vincent’s ‘Masseduction’ was named as Best Rock Song.

Based out of her own East London studio, Marta Salogni is an eclectic audio auteur with a brilliant musical CV. Her work is mainly with similar experimental artists

Her client lust is a who’s who of some of the most adventurous music makers working in music today. From Bjork and her ‘Utopia’ album to Bon Iver’s ‘i,i’ via Daniel Avery and experimental indie noise merchants Factory Floor, Marta’s production skills are consistently found aiding our most exciting artists on their way to musical success.

Bishi is a classically-trained singer, multi-instrumentalist and producer known for blending the sounds of her Asian heritage with electronic music. She’s very much a musical chameleon, as comfortable performing solo as she is accompanied by the London Symphony Orchestra or the English National Opera.

One of her latest projects is WITCiH or the Women In Technology Creative Industries Hub aiming to promote greater gender equality within the music industry. Her most recent single ‘Don’t Shoot The Messenger’, was produced by David Bowie studio collaborator, the legendary Tony Visconti.

Over the last five years, Catherine has fought her way to great acclaim not only as a solo artist but production expert, seasoned live performer, collaborator, educator and more. She has collaborated with the brilliant Bernard Butler on their joint ‘In Memory of My Feelings’ album, toured extensively with music legends Simple Minds and performed at The Cure’s Robert Smith’s Meltdown Festival on his personal request.

Catherine has recently released her new, critically acclaimed solo record, The Art of Losing, an ambitious project born from plenty of sonic experiences. Written and produced by Catherine, the songs are unflinchingly emotive and mark a huge leap forward point on her musical journey.

Hinako Omori is a musician with a love for synthesizers and any device capable of making interesting and exciting sounds. Born in Yokohama, Japan she moved to London when she was three, where she is still based and has forged a successful career.

Initially training to be a sound engineer, she studied Music and Sound Recording at Surrey University but then went on to work at record labels and distributors and then at audio equipment manufacturer Focusrite/Novation. After session playing on the side, she leapt into music full time as a keyboard player and programmer – some of the artists Hinako has worked with include Ed O’Brien, Georgia, Kate Tempest, KT Tunstall, James Bay, Jaakko Eino Kalevi, Ellie Goulding, Sophie Hunger and Fionn Regan.

Using these as a launchpad for her musical career, she went on to land a beat on ‘Crown’, a song from the legendary Jay-Z’s ‘Magna Carta Holy Grail’ record.

Since then, her music has been used as the backbone of an increasing number of hits from the likes of Drake, Rihanna and Travis Scott.