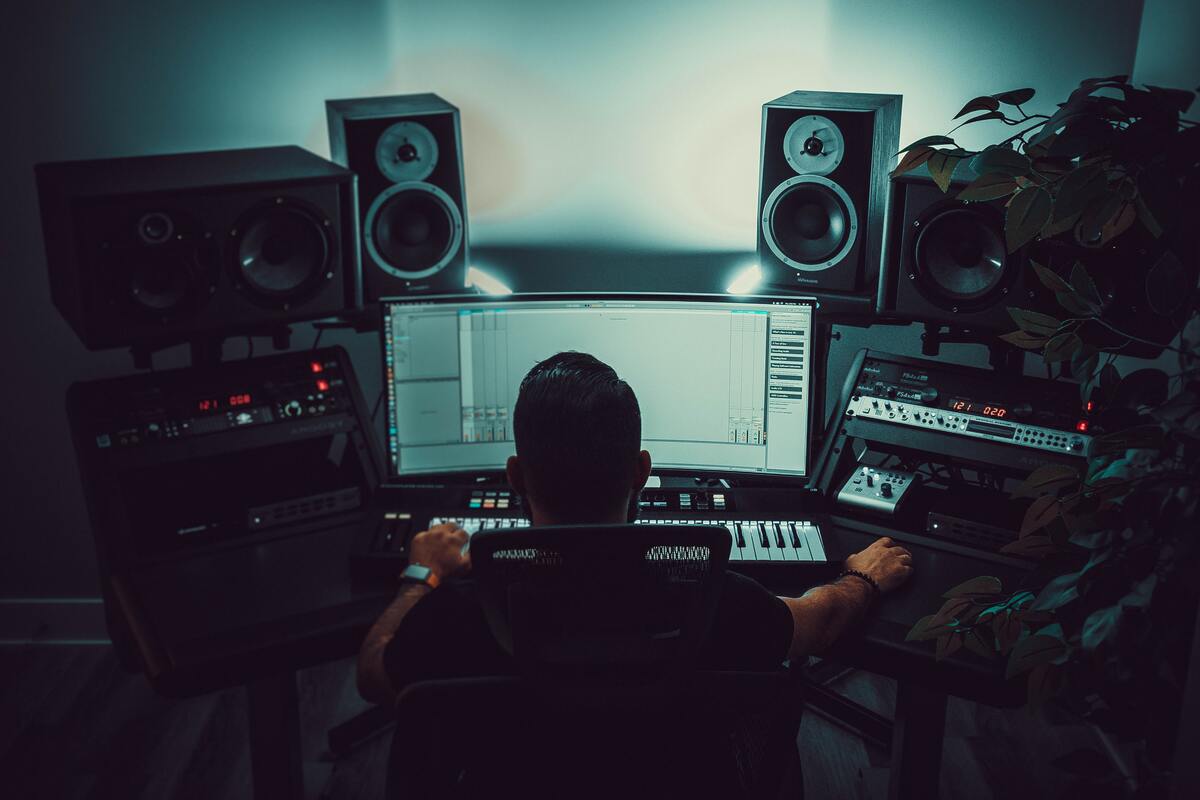 Careers and Jobs in Music Production

We explore Careers and Jobs in Music Production

Studying music production can open a whole world of opportunities, careers and jobs.

Many of the skills producers have – from developing and making creative content to recording in the studio or providing sound for live shows – are in high demand and form the backbone of the music industry’s output.

In the latest UK Music figures for 2019, music producers are among the largest group of creators pushing our musical economy forward. This section of the industry contributed £2.5 billion in GVA to the UK economy, a sum which makes up almost half the industry’s total £5.2 billion contribution.

But what careers and jobs are open to you if you choose to travel down this sonic path? Well, there are many career avenues available. Let’s explore them below…

From Catherine Marks to Andrew Scheps via The Anchoress and St Vincent, music producers work within different musical worlds and forms.

The unifying thread is how they oversee the entire recording process of a project, whether it be for an album, single track, soundtrack or mixtape.

The involvement of a producer in a project can vary and depend on the artist they work with – sometimes this may extend into songwriting and involve keen engagement in the creative process of the music itself. On other occasions, their role is to merely press record and deliver the artist’s vision. Increasingly, many artists now self-produce so they have complete creative control over a project.

Other elements of the music production role include helping with the selection of songs to be recorded, finding musicians or instrumentation and refining song arrangements.

Mark Ralph is one of pop and electronic music’s most in-demand music producers, working with everyone from Hot Chip to Clean Bandit and Years & Years. Listen to ‘King’ by Years & Years below:

A studio engineer’s responsibilities generally involve recording and processing audio to ensure it’s ready for commercial use or release. Their role will see them working with musicians in a studio, managing recording sessions and ensuring sound is captured at the desired quality.

On many projects, engineers support the producer and facilitate the recording so it goes successfully for all parties. The engineer is there to understand the studio, make sure the session runs smoothly and ensure the artists feel as comfortable as possible to help them give their optimal performance.

From setting up the required equipment to then editing and mixing recorded tracks, the studio engineer’s job is very varied but with one ultimate aim: capturing the highest quality audio possible.

Manon Grandjean has worked in the studio on some of British pop’s most acclaimed and successful recent albums including Stormzy’s ‘Gang Signs & Prayers’ , ‘Heavy Is The Head’ and Dave’s ‘Psychodrama’.

Much like the studio engineer, the sound engineer’s job is all about producing the best sound but this time on a stage or in a live setting rather than a studio.

There are many important aspects to this role. Sound engineers may have to help set up and test instruments during soundchecks for live events. During the performance they will have to combine audio signals from various instruments to create a live mix for the audience.

Front-of-house live sound engineers work to provide the best sound possible for all gig goers. It needs to be controlled and balanced with specific effects. Sound engineers will help facilitate this process by providing a mixed sound to onstage monitors so performers can hear what they and the rest of their band members are playing.

Raphael Williams is a much in-demand sound engineer whose biggest projects have been working with Stormzy as his front of house engineer. Raphael was behind the desk for the artist’s legendary Glastonbury headline slot.

Once the audio is captured from a recording session, then it is sent to a mastering engineer for any necessary enhancements or tweaks.

This is a vital part of the record-making process before a song or track is deemed fit to be ready for distribution.

There are numerous elements to this role but it is again ultimately about finding the best sound in a recording and removing any imperfections from the mix or production.

A mastering engineer’s role can involve balancing the audio, applying EQ, final compression and ensuring any adjustments are made so it is suitable for different formats before sending for distribution.

Geoff Pesche works out of Abbey Road Studios and is one of the UK’s most well-known mastering engineers. His credits include albums and singles for artists including Gorillaz, Kate Nash, Coldplay, Basement Jaxx, Amy MacDonald, Kylie Minogue and Dizzee Rascal. Infamously during his early days at Tape One, Geoff cut the vinyl lacquers for the best selling 12″ record of all time – New Order’s iconic ‘Blue Monday’.

A radio broadcast engineer is responsible for setting up, operating, maintaining, and repairing sound equipment in radio stations.

This can be demanding work that will require you to be on-call, especially since many radio stations have multiple shifts covering each 24-hour day of the week. You will also need to be able to think on your feet as any issues could take place during a live broadcast. You will often have to diagnose a problem and come up with a solution on the spot.

Skills required in being a radio broadcast engineer include expertise in using broadcasting devices, including computer systems found in radio booths, as well as in editing audio recordings.

Mark Higgins is currently the producer behind BBC 6Music Lauren Laverne’s show while his previous radio adventures have seen him enjoy stints on heat radio and London Fields radio.

The music editor is responsible for editing and syncing the music used in films and television with on-screen action.

As the music editor for a film or television show, you’ll oversee the creative, technical, and logistical aspects of composing and placing music. You’ll help to determine where and when music will be used in the film or show, coordinate changes with the composer, and even make temporary soundtracks to help with test screenings.

You may have to oversee the recording of a composer’s work, organising any audio files and getting the music to the stage where it is mixed with the visuals.

ICMP alumnus and film composer Massimiliano Mechelli has enjoyed some great success in recent months. He’s been behind scores for hit Netflix horror films ‘The Binding’ and ‘In The Trap’ and has been busy working on another project for release by the streaming giant.

A sound designer’s role is to find and create recorded or live audio effects for use across a range of productions and multimedia performances.

They carefully select and produce everything from spot effects (such as explosions) to atmosphere effects (such as traffic sounds) and help place them in the final edit. This work can be undertaken not only for TV, commercials, and theatre plays, but also animations, video games and art installations.

Theo Green is an ASCAP Award-winning British film composer and Oscar nominated sound designer, known for his music for ‘The Gambler’, ‘House at the End of the Street’,and his Academy Award nomination for the sound design of ‘Blade Runner 2049’.

Whether it be running your own studio or launching your own music production business, there are myriad different ventures you can set up once you’ve completed studying.

This depends on your career path of choice – but studying music production can lead to opportunities within any of the above areas of the music industry. Many music industry professionals choose to set up their own ventures or work as freelance contractors. It means they can often choose when and where they work and what kind of projects they take on.

After beginning his career as a session guitarist, eventually Agus Gonzalez-Lancharro’s love for film took over. He moved to LA, established his own Really Slow Motion company and worked on music for a variety of top blockbusters including ‘World War Z’, ‘Pacific Rim’, ‘Star Trek Into Darkness’ and many more.